Are dashcams worth it?

You’ve probably read about it in countless online articles dedicated to cars or technologies: dashcams are becoming increasingly popular.

As technological advances continue to make dashcams smaller, cheaper and higher quality, you may be tempted to join the ten percent of Canadian drivers who have already embraced the trend and installed one in their car. They’re a must for some and a futile gadget for others. To help you out, we came up with the pros and cons to consider before making a decision. 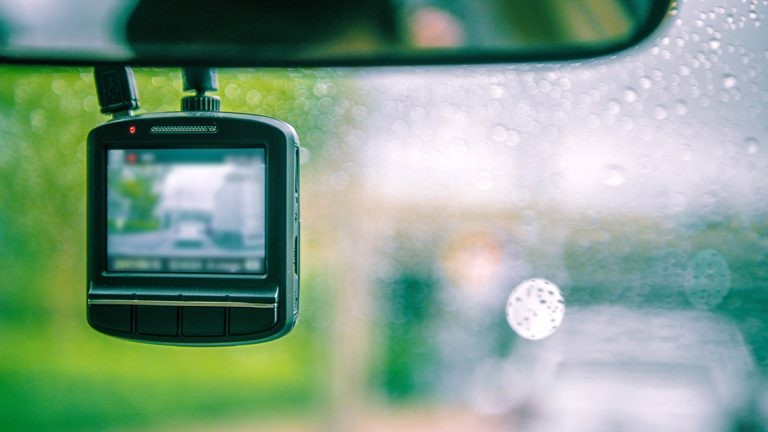 Once installed, a dashcam is completely independent. It’s synched to your car ignition which turns it on and off automatically for protection on the road.

You can also program it to record while you’re parked or when it senses motion. In case of theft, vandalism or a hit and run, this footage could potentially help trace a license plate number, provide details for a police report or help you with your claim.

Did you know that having a dashcam on your side could fast track an insurance claim? If both drivers claim no fault in an incident, you could be held partly liable for someone else’s reckless driving. However, with unbiased video footage from your dashcam, an insurer could use it to determine who really was at fault.

Note that although insurance companies expect photos as evidence in a claim, many insurers don’t have specific policies regarding video, as it still exists in a legal grey area. The usefulness of your video footage will most likely depend on the professional who reviews your claim and whether it can help resolve the case.

More than a camera

If you think that dashcams are only used to film the road ahead, think again! Many models offer features like automatic motion detection, lane-change and collision notifications, integrated GPS systems and wide angle lenses. These simple cameras are turning into multifaceted high-tech devices. Obviously, prices increase according to the amount of features available. Pricing ranges between $50 for basic models to $500 for high-end models.

Some people use their cameras for other purposes, such as capturing unexpected natural phenomena or majestic landscapes while they’re driving.

Dashcams may be distracting

On the road, safety always comes first. Fiddling around with a dashcam while driving is not only dangerous but also illegal. One easy way to avoid this hazard is to install your dashcam behind your rearview mirror or on top of your dash, in the middle.

Though the technology keeps improving, keep in mind that dashcams do not yet capture 360-degree activity around your car. The front-facing camera may not capture complete, useful footage of a theft or accident, such as if you’re rear-ended by another car.

Like GPS’s, smartphones or GoPro-like cameras, dashcams are highly attractive to ill-intentioned individuals. Your insurance broker has probably already mentioned this rule of thumb to you: never leave anything of value in your car.

Your insurance premium won’t be cheaper (yet)

Dashcam owners in the UK, Russia and a few other countries receive discounts from auto insurance companies, but the jury is still out in Canada and the United States. On the other hand, the case has been under discussion since this new technology is becoming really handy, especially when there are no witnesses at the scene of an incident.

However, dashcam use is still regulated in the United States, where some restrictions apply. For example, over twenty states forbid having a dashcam on a windshield mount. Some limit the amount of windshield obstruction area up to a five-inch area, while others forbid recording unauthorized conversations. It’s a good idea to do some research before leaving for a trip across the border with a dashcam to make sure you’re aware of the regulations in the states you plan to go through.

At the end of the day, a dashcam won’t make any difference in your day-to-day driving, and it’s certainly not a substitute for an insurance policy. That being said, a dashcam can bring you peace of mind and help resolve a claim faster in the case of an incident.