Watch out for snow accumulation on your roof

As magical as it looks, a thick layer of snow on your roof can have heavy consequences. Here are some tips to help you get through winter without worrying that the sky will fall. 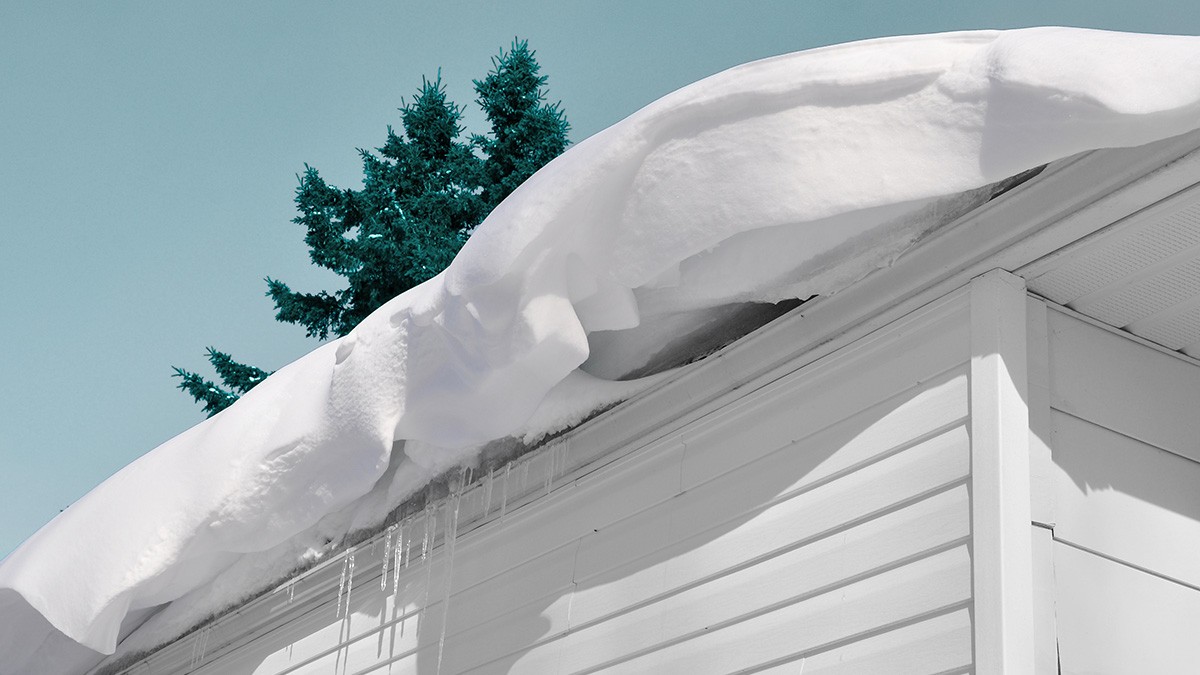 First of all, be vigilant. There are several signs to watch for that mean your roof is under too much pressure:

You might believe in supernatural phenomena, but it’s probably your roof that’s crying out for help. Best to listen to it before it collapses!

Canadian homes are built to respond to the rigours of our northern climate, however, with the impressive quantities of snow that fell in winter 2019, the roofs of many residential and commercial buildings sustained significant damage.

Weather conditions to watch out for

In winter, it’s not unusual for heavy snowfalls to be followed by a mild spell, some freezing rain, and then a deep freeze. This destructive cocktail promotes the formation of ice which, when combined with snow accumulation, prevents normal surface runoff and could cause water to seep in or even the building to collapse.

Did you know that wet snow exerts more pressure than powdery snow? The thickness of the accumulation has to be taken into account, but so does the nature of the snow. 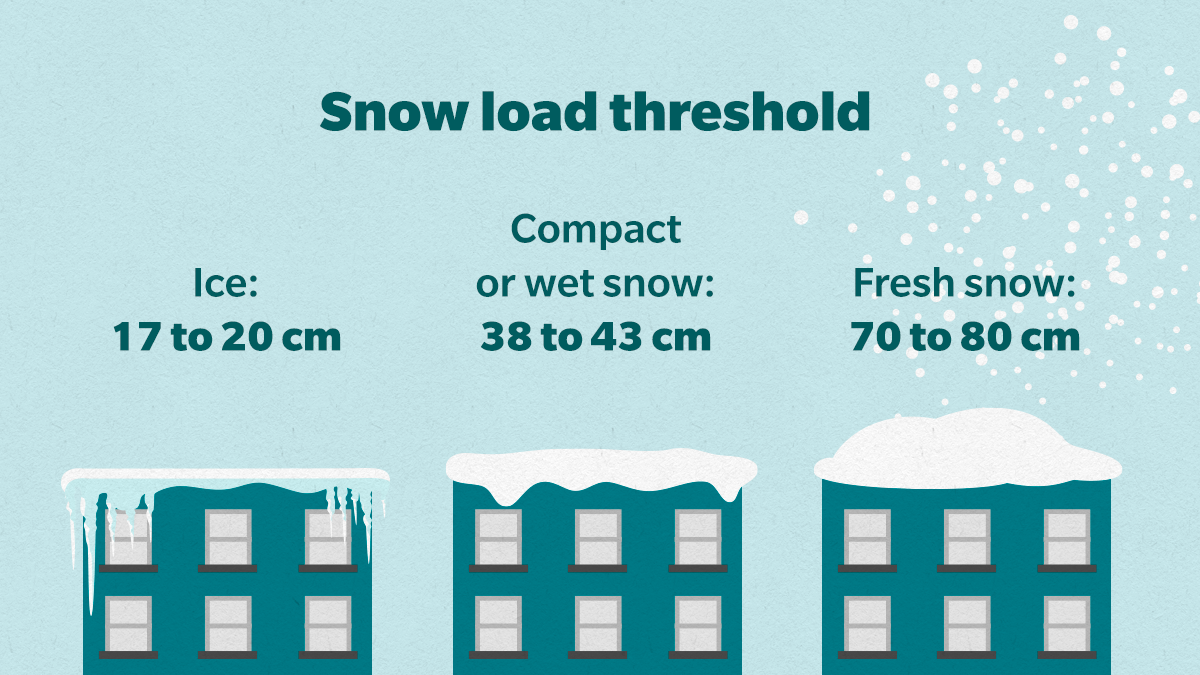 Data based on the snow load of a flat roof built after 1980.

The shape of the roof and its age are also important factors when it comes time to evaluate risk. Commercial buildings of 5,000 square feet or more (per floor) that are more than 10 years old are particularly at risk of collapsing.

Here are some rules to follow to minimize risk:

Leave it to a pro

Don’t trust just anyone to remove the snow from your roof! It takes know-how and the proper equipment. Obviously, the best thing would be to remove the snow after every heavy snowfall, but it can be dangerous. What’s more, to avoid damaging the waterproofing membrane, you mustn’t remove all the snow from the roof. It would be wise to hire experts who are familiar with best practices and will do the job right.

Anything with a roof can accumulate snow

It isn’t only the roof of your house that needs clearing. During snowfalls, it may be tempting to clear only your vehicle’s windshield, but all it takes is a gust of wind or hitting your brakes for snow that’s accumulated on the roof to slide off and block your field of vision or that of the driver behind you.

It’s a fact: the few minutes more spent clearing the snow from your car will help you get through winter safely… and in better shape!