It was a rude awakening for Guillaume Lemoine and Serge Beauchemin on the morning of December 26, 2016—the height of the holiday season. A major blaze had broken out in the dry sauna at Strøm Nordic Spa in Mont-Saint-Hilaire. Its owners had just inaugurated a new section the week before, after extensive renovation work. Several million dollars literally went up in flames.

Fortunately, the two entrepreneurs were able to overcome this setback. But it took patience, resilience and some much-needed help from their insurer, because it isn’t the type of challenge you can face alone. 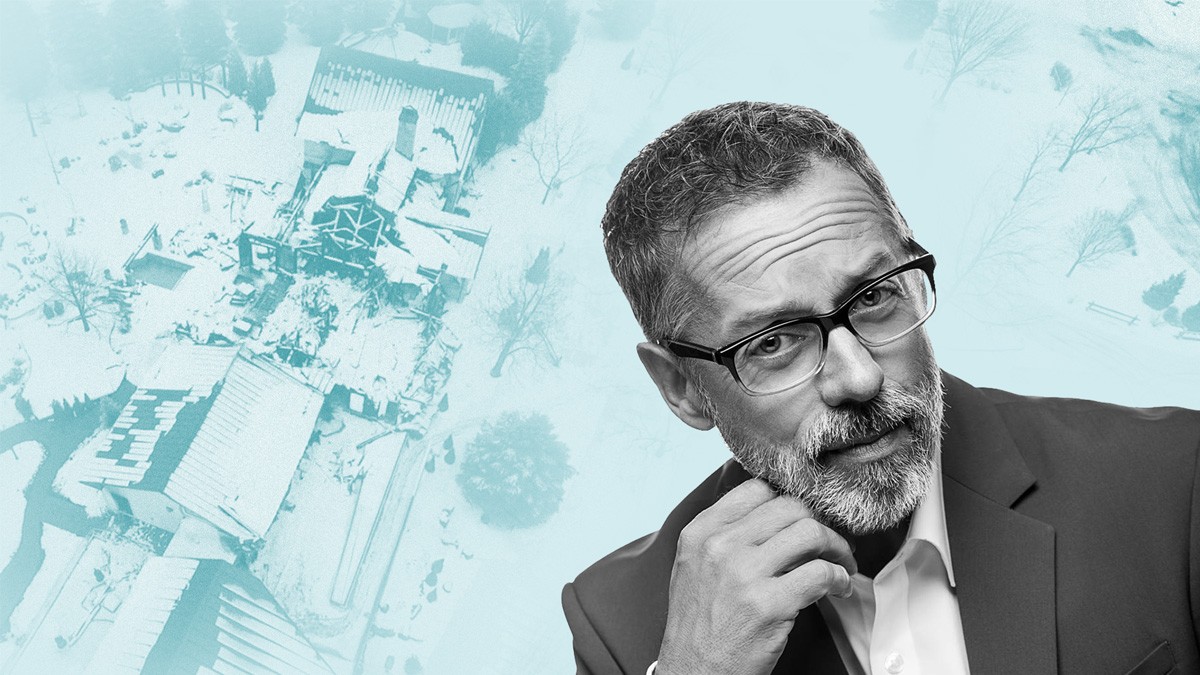 Do you remember how you reacted when you heard the news?

Guillaume Lemoine: I was enjoying a day off at the cottage when my Technical Services director called to tell me there was a fire at the spa. I immediately jumped in my car to go see what was happening and to make sure everyone was safe.

Serge Beauchemin: Guillaume called me and asked, “Are you sitting down?” I was actually lying down at the time. He told me that a fire had broken out in the main building and that everything was in flames. Obviously, my first question was “Is everyone okay?” Thankfully, no one was hurt.

I remember it like it was yesterday—I drove along the edge of the Richelieu River, from which you have a clear view of Mont Saint-Hilaire. I saw a huge column of smoke that cut the mountain in two and headed to the north. It was a devastating sight.

You had just completed major renovation work when the blaze erupted. Was the new section affected?

G: We had just doubled the spa’s surface area, staying open for business during the construction work. It was a very trying year. The new section was inaugurated on December 19. The fire occurred on the 26th.

The new wing was protected by fire doors, but the blaze was so fierce it spread through the ventilation system, melting the ducts as well as the electrical and plumbing systems. The smoke damage was so extensive that we had to tear down a large part of the new section. The only things we managed to salvage were the foundations, the outside walls and the roof.

Close to 100 employees suddenly found themselves without a job. Were you able to help them out?

G: Yes, of course. We wanted to take care of our work family. Our insurer, Intact Insurance, allowed us to continue paying the salaries of a few key staff members. We managed to reassign some workers to our other sites [in Sherbrooke and on Nuns’ Island] and called some of our competitors to offer them our resources. Unfortunately, we weren’t able to keep everyone, but we supported them for several weeks, until they found employment elsewhere.

It took almost two years to rebuild the spa. How did you cope during that time?

G: For me, it was resilience, plain and simple. We had no choice, the spa had burned down. We had to keep going. We all wanted to build something that was even better. We knew our spot in Saint-Hilaire had a special energy owing to its proximity to the mountain. We wanted to create something even more wonderful for our clients.

S: Technically, on an operations level, we had no income for 18 months, with employee salaries to pay, loans to pay down and the reconstruction to finance. We managed to stay afloat because of our other sites, but also thanks to the settlement of our insurance claim.

You never considered throwing in the towel and closing up shop?

S: Never. Seeing the inferno that morning, we didn’t know how we’d get past it or how we’d get through the next few days or weeks. But one thing was clear—we were going to roll up our sleeves and press on.

Would you say that your determination is even greater now that you’ve surmounted this challenge?

S: For me, this project is more than a business investment—it’s my business. The tragedy made me feel closer to the business and everyone who was directly affected by it. I think it made us stronger. And wiser, too. Prevention is something we think about every single day.

G: I think we built something our clients like even better. It’s been a great success. It helps to move on to the next step. Several employees who found work elsewhere came back, which speaks to the sense of well-being the Strøm offers, through its corporate culture but also its work setting.

S: A tragedy like the one we suffered has its pros and cons. We tried to focus on the positive. The result is a tightly knit team.

To wrap up, what advice would you give to other entrepreneurs on how to prepare for the unexpected?

G: Even with good insurance coverage, going 18 months with no income is pure hell. Every precaution should be taken to avoid this type of catastrophe. What’s important is to be aware of the risks inherent to your business, and to take the appropriate preventive measures.

S: Some types of risk are inevitable. No matter how many steps you take when it comes to prevention, you’re never completely immune to fire or theft. A business owner can have a certain level of tolerance to adversity, but some risks should never be left to chance.